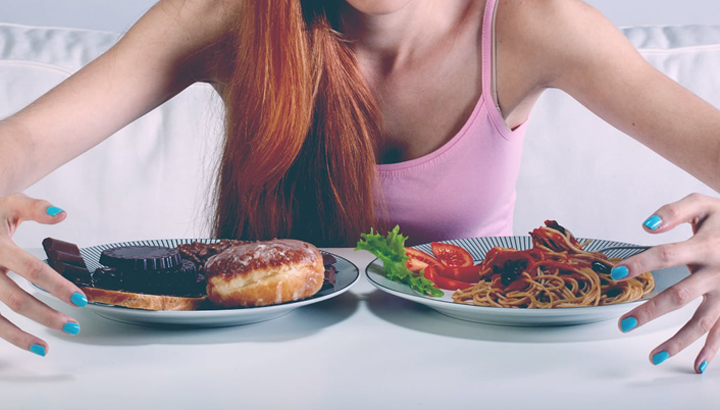 Le compulsive binges they are the analogue of the English term binge eating, a condition in which, the individual suffering from this problem, has temporarily lost the healthy relationship self control with food.

In this condition you can go from certain uncontrolled binges to drastic reductions in caloric intake according to alternating phases.

These alternate phases are dictated by the emotional tides of the moment which in turn can arise from internal or external inputs.

The emotional balance that leads to a healthy relationship with food is temporarily lost and can be passed from oneoverabundant power and of poor quality (sweets, processed foods, etc.) to a refusal to take any food, including self-induced vomiting.

There is a scale of gravity for this problem: it goes from the simple occasional binges to the most frequent and systematic ones, up to the actual bulimia.

In the context of compulsive bingeing we find ourselves in the first half of the gravity measure of this problem.

In this condition the relationship with food becomes tormented and paradoxical, generating stress and deep sense of insecurity.

Food, especially processed food, sugars or fats, but also the amount of food ingested (glycemic load) contributes to a psychotropic-like effect, producing a momentary sense of well-being followed by a prolonged sense of unease and discomfort.

To overcome binge eating thanks to the most effective and advanced self-help tools I have created LoveYourSelf - the first holistic program in Italy for the control of food and weight. 👉 CLICK HERE

In a similar way to alcohol, even sugar, fats and certain additives (such as monosodium glutamate) induce biochemical sensations of momentary well-being and relief.

And the instant gratification that our brain - in its most profound and atavistic intricacies - always searches with unconscious priority.

In more or less similar forms this phenomenon often emerges in adolescence in the Girls, and reappears even in mature age in less worrying but still disturbing forms.

The same problem can occur with a lower frequency even in boys.

HIDING THE PROBLEM just does it

This is a problem that by its very nature tends to be denied or hidden for fear of the effects that talking about it could have ...

"they'll take me for crazy for sure"

"this is a non-issue, a ridiculous thing to talk about"

"I only induced self-induced vomiting once, maybe two or three ..."

Unfortunately, attempts to hide this problem or deny it only aggravate it.

In fact, as the wise Nisargadatta says: "Suffering is a request for attention“, Therefore the more suffering is suffocated the greater the force with which it re-emerges.

Binge eating, compulsive binge eating, and in general the loss of control over the relationship with food can also be overcome autonomous and holistic if you know how to do it.

To overcome binge eating thanks to the most effective and advanced self-help tools I have created LoveYourSelf - the first holistic program in Italy for the control of food and weight. 👉 CLICK HERE