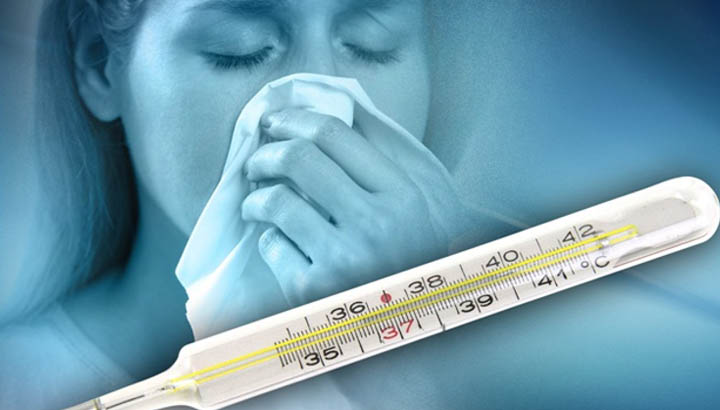 In this period of justified attention to the infectious risk, I thought I'd share this video by Dr John Campbell on vitamin D and immunity.

As you will discover as you continue reading, the impressive protective impact of the vitamin D, takes on even more relevance when the exposure of bare skin to the sun's rays is drastically reduced by the need to remain indoors.

There is very solid scientific evidence that proves that vitamin D can reduce the risk of getting infections both bacterial and viral.

Vitamin D-based supplements have proven to help prevent the onset of bacterial and viral infections thanks to its special ability to enhance and modulate the immune system body.

It's not all. Proper integration of vitamin D is capable of also reduce the severity and riskiness of an infection in progress. We will see it better in a moment ...

A natural source of vitamin D is salmon and other fatty fish.

Vitamin D is however produced by the body following exposure of the skin (discovered) to sunlight.

Today, with the long stay in homes and workplaces, the optimal exposure to sunlight is drastically reduced.

In addition, during the autumn and winter months it is very easy to go in deficit of this vitamin, due to the natural shortage of opportunities to expose bare skin to sunlight.

In fact, a widespread deficit of vitamin D is now well known to both doctors and non-experts.

It is precisely this deficit that can expose you to various health risks ... risks that a simple one vitamin D supplementation it can cancel, just as it has been shown in a huge number of scientific studies carried out on this extraordinary vitamin.

The important point to consider in this context is the following:

Remember these DON'T they are someone's beliefs… no, these are two statements based on concrete, objective and undeniable scientific evidence.

This evidence comes from one of the most prestigious scientific journals in the world: Il British Medical Journal.

Another important element to understand is the fact that this study indicated above, even if it appears as a single research, is not.

It is indeed a meta-analysis, that is, a research whose purpose is to elaborate the results of numerous other researches to obtain some defined fundamental data.

In other words, this is the study carried out on numerous other previous studies. This is very important, because it allows to obtain a general reference framework very solid and accurate, on the basis of which we can then make equally safe decisions for our health.

This study in summary shows that:

The reliability of the results of this meta-analysis is very high because it starts exclusively from the analysis of 25 type searches randomized, double-blind versus placebo.

This means that participants are always divided into two groups randomly: one group takes vitamin D, while the other group takes a simple placebo (which contains nothing).

This is the best possible type of research to rule out the intervention of any human psychological variable in the experiments (placebo effect etc.).

The total number of participants is very high: they are 10.933 people test within the 25 experiments taken as a reference in this meta-analysis.

All this contributes to making the study very accurate and reliable.

What is the difference within this study between those who took thevitamin D supplement and who didn't hire him?

The groups taking vitamin D had a lower risk of getting infections acute respiratory tract and even in case of infection, these had less severe characteristics.

Within the 25 studies considered in our meta-analysis there is also another interesting difference that emerges between users of vitamin D supplements.

Which of these 3 types of intake was the best for protection against acute respiratory infections?

Here are the results:

So it is better to use daily or weekly a vitamin D supplement at the recommended dosage, rather than using mega dosages more distant from each other over time (once a month or once every 2-3 months).

The mega dosages of vitamin D taken monthly or more protect on average for the 12% more from bacterial or viral infections of the respiratory tract than those who do not take vitamin D.

The dosages of vitamin D taken daily or weekly protect on average for the 19% more from bacterial or viral infections of the respiratory tract than those who do not take vitamin D.

But the extraordinary thing emerges in people highly deficient in vitamin D (i.e. with levels of 25-hydroxyvitamin D less than 25 nmol / liter).

And today many people are severely deficient in vitamin D and therefore fall into this latter case ...

Well, in this case the increased protection offered by vitamin D supplementation against acute respiratory tract infections is 70% higher.

In other words these individuals have the 70% less infectious events of the respiratory tract.

IS IT SAFE TO TAKE EXTRA VITAMIN D DOSES?

The study also remembers and confirms the total security supplementation with this vitamin at the maximum recommended dosages (25 micrograms per day).

Vitamin D is a vitamin fat-soluble, therefore it tends to accumulate in the adipose tissue. For this reason, the universally recommended maximum dosages should not be exceeded.

But within these dosages we have only advantages without side effects of any kind.

What are the categories of people at greatest risk of vitamin D deficiency?

Who has the most excuse skin, who lives in latitudes further north, who lives a long time in the shadow of home or work walls is more likely to become deficient in vitamin D.

This makes you appreciate even more why it is of vital take an extra dose of vitamin D on a daily basis.

Su 2,65 million people destined to die in one year due to acute infectious diseases of the respiratory tract, up to 70% of these could be saved thanks to a simple supplementation of vitamin D.

Let's talk more about 1,85 million people who may remain alive every year rather than dying from a vitamin D deficiency associated with an acute respiratory infectious event.

HOW DOES VITAMIN D WORK IN PRACTICE? 3 MECHANISMS WITH WHICH IT PROTECTS US

Now let's try to understand why vitamin D is so protective against respiratory infections (be they bacterial or viral in nature).

We know 3 mechanisms through which vitamin D performs its life-saving action:

1. Vitamin D reduces the extent of the acquired immune response

This means that it helps avoid the establishment of anexcessive aggression in the immune response to an external pathogen such as a bacterium or virus.

In fact, as Dr. Campbell well illustrated in his chart at 17:50 pm - which I report below - when the response of our immune cells is too massive it can create other, even serious, secondary problems (such as severe acute respiratory crisis).

If an infectious event occurs in very peculiar tissues of the organism, such as the respiratory tissue in which the passage of gas (oxygen and carbon dioxide) towards the blood and from the blood towards the outside, a dramatic event can happen ...

The virus or bacterium that reaches the pulmonary alveoli (the deepest seat of the lungs where the exchange of gas takes place between the organism and the atmosphere) can create a stagnation of fluids of an inflammatory nature, made worse by the arrival of immune cells.

These immune cells in the attempt overly aggressive to kill the pathogen, they may end up kill their human host due to the stagnation of fluids in the alveoli.

This stagnation of liquids can make breathing difficult (and therefore the exchange of oxygen and carbon dioxide) thus causing a serious acute respiratory crisis.

In this type of situation, therefore, the critical event is determined by theexcessive immune response rather than from the pathogen itself.

An extra dose of vitamin D appropriately modulates the immune response in respiratory infections preventing stagnation of liquids alveolar which could otherwise be fatal.

When the respiratory epithelium is compromised, pathogens can more easily enter the tissues. An efficient regeneration of the epithelia guarantees greater protection than the entry of viruses and bacteria.

3. Vitamin D is involved in the maturation of immune cells

Lymphocytes, neutrophils, monocytes, dendritic cells all have on their external surface some receptors for vitamin D.

This demonstrates their biochemical link with this vitamin and the importance it places on their physiological functions.