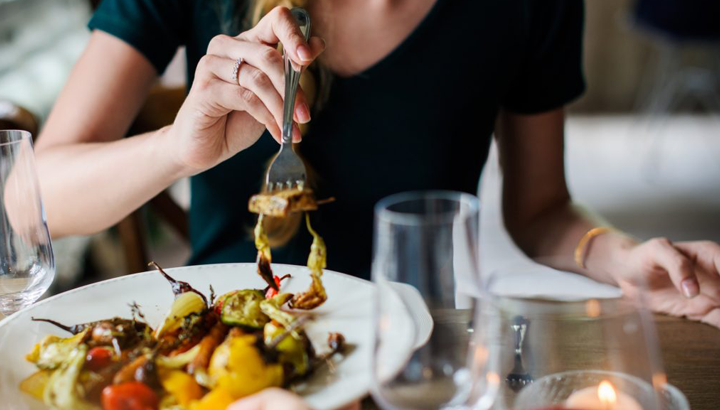 In recent years, the approach ofIntuitive Eating (IE) has become an increasingly popular trend in the world of nutrition, and more and more people are suffering from it binge eating disorder (BED) they prove it.

The intention of the'Intuitive Eating is to heal people's relationship with food using an approach not dietetic, allowing people to tune in to the stimuli of fame and satiety of one's body rather than adhering to strict dietary interventions; thus breaking the cycle of diet and restriction (and in the case of BED, the binge).

While much research has been conducted on the effects of Intuitive Eating that affect both the general population and people with food disorders, there is relatively little research on how this method specifically affects those who suffer from binges (BED - Binge Eating Disorder).

The few research studies that have been done have mostly involved patients with Binge Eating Disorder in hospital or in a treatment center, rather than patients who are not so seriously ill.

A two-year study on the effectiveness of intuitive eating for patients with food disorders (including those with binge eating symptoms) conducted by Richards and colleagues (2017) found that Intuitive Eating proved effective with such patients, but only after they had reached a much more advanced recovery phase.

They declare that intuitive eating does not want to be a treatment in itself and that it is a "evolutionary step that is after that people have had success with structured dietary interventions ".

INTUITIVE EATING: WHAT DO THE STUDIES SAY?

Both Richards and colleagues' study center patients and hospital patients involved in one of the Van Dyke and Drinkwater studies (2013) acquired knowledge of Intuitive Eating treatment in highly structured environments, where patients have been helped very effectively.

Richards and colleagues point out that Intuitive Eating should be taught within a broader set of skills. As it is both one philosophy that of a process.

It can be argued that, therefore, the patients involved in these studies were better 'prepared' to adopt Intuitive Eating successfully than the patients with less severe binge eating symptoms who were not hospitalized.

Dr Glenn Livingston states that there is a general consensus among professionals in the field of food disorders that any kind of food restriction is dangerous and that, therefore, Intuitive Eating is a preferable approach.

Livingston agrees that industry players have good reason to believe it. As a sufferer of food disorders tends to run into problems through one excessive limitation some food. For example, with the diet or with the fasting after binge eating, you try to regain "control" as quickly as possible.

However, Livingston says adopting the Intuitive Eating approach can be very problematic for those suffering from Binge Eating Disorder.

He claims that, Binge Eating Disorder sufferers present a confused relationship with food and their signs physiological of hunger, satiety and satisfaction. So it is not a good idea to try to rely solely on the latter.

People with Binge Eating Disorder tend to intuitively feel that you need large quantities of particular survival foods, while in reality DON'T it is so.

In addition, they also eat unhealthy foods to the point of causing extreme discomfort because they have difficulty distinguishing between these signals and their emotional food stimulii.

Binge sufferers might treat intuitive eating as if it were one diet. Like another of many diets, and so entrench yourself in another set of rules and restrictions, instead of using Intuitive Eating as one simple guide.

They end up having the same feelings as guilt and shame when they cannot eat perfectly by applying Intuitive Eating, as they would if they followed one traditional diet low calorie. For example, not eating always and only when they are hungry, or quitting beyond the point of satiety.

It is important to recognize that limited Intuitive Eating research has been done for Binge Eating Disorder sufferers, while, on the contrary, approaches such as Rational Emotional Behavior Therapy (REBT) they have substantial empirical support to demonstrate that they work effectively for people with BED.

La REBT is a form of Cognitive Behavioral Therapy in which irrational beliefs (e.g. around the body image and food) are interrupted and questioned so that the individual can learn to engage in pensieri, feelings e behavior more constructive.

Livingston suggests that instead of trying Intuitive Eating, is better than who suffers Binge Eating Disorder please contact external sources, as doctors e nutritionists. To check your internal signals and to learn the limits of your eating behavior.

Livingston says that, as a former Binge Eating Disorder sufferer who, after many years of struggling with food, now eats in intuitive way.

So only once you are able to eat within these boundaries is it advisable to try an approach such as Intuitive Eating.

For people suffering from Binge Eating Disorder and still struggling with the fight against food, the compendium of evidence gathered over the years suggests that they should - at least in the first place - act in a way opposite to intuitive feeding.

Indeed they should follow a plan based on a rational evaluation and structured dietary approaches, and not simply following their instinctive feeling.

HOW TO OBTAIN THE DEFINITIVE FOOD FREEDOM

Uncontrolled feeding disorder, binge eating, compulsive binges, and in general the loss of control within the relationship with food, can also be overcome in a way autonomous and holistic if you know how to do it.